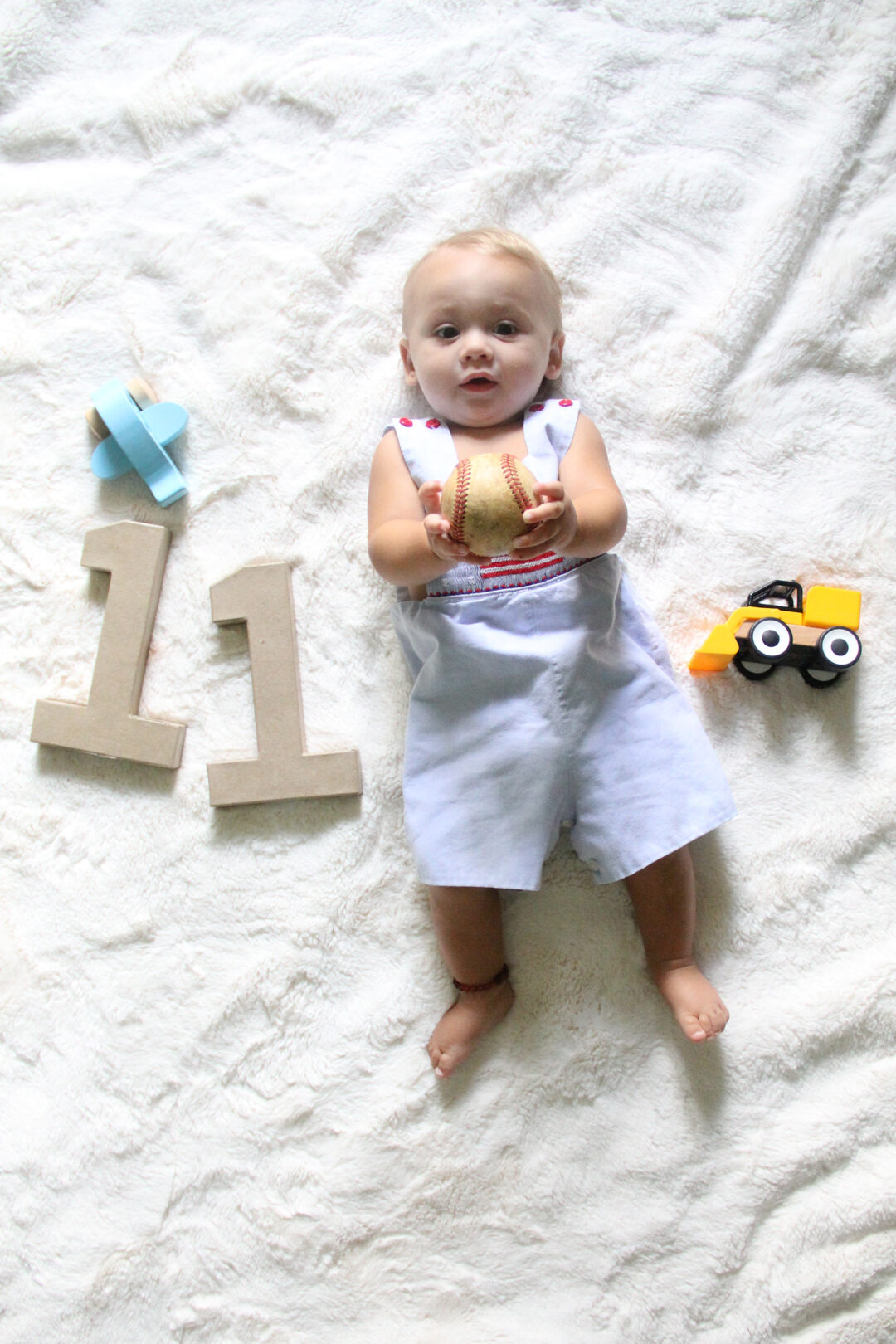 Britt man is our little comedian and constant entertainment. We have loved every second of watching him grow and getting to know his little personality. It’s really shining these days! 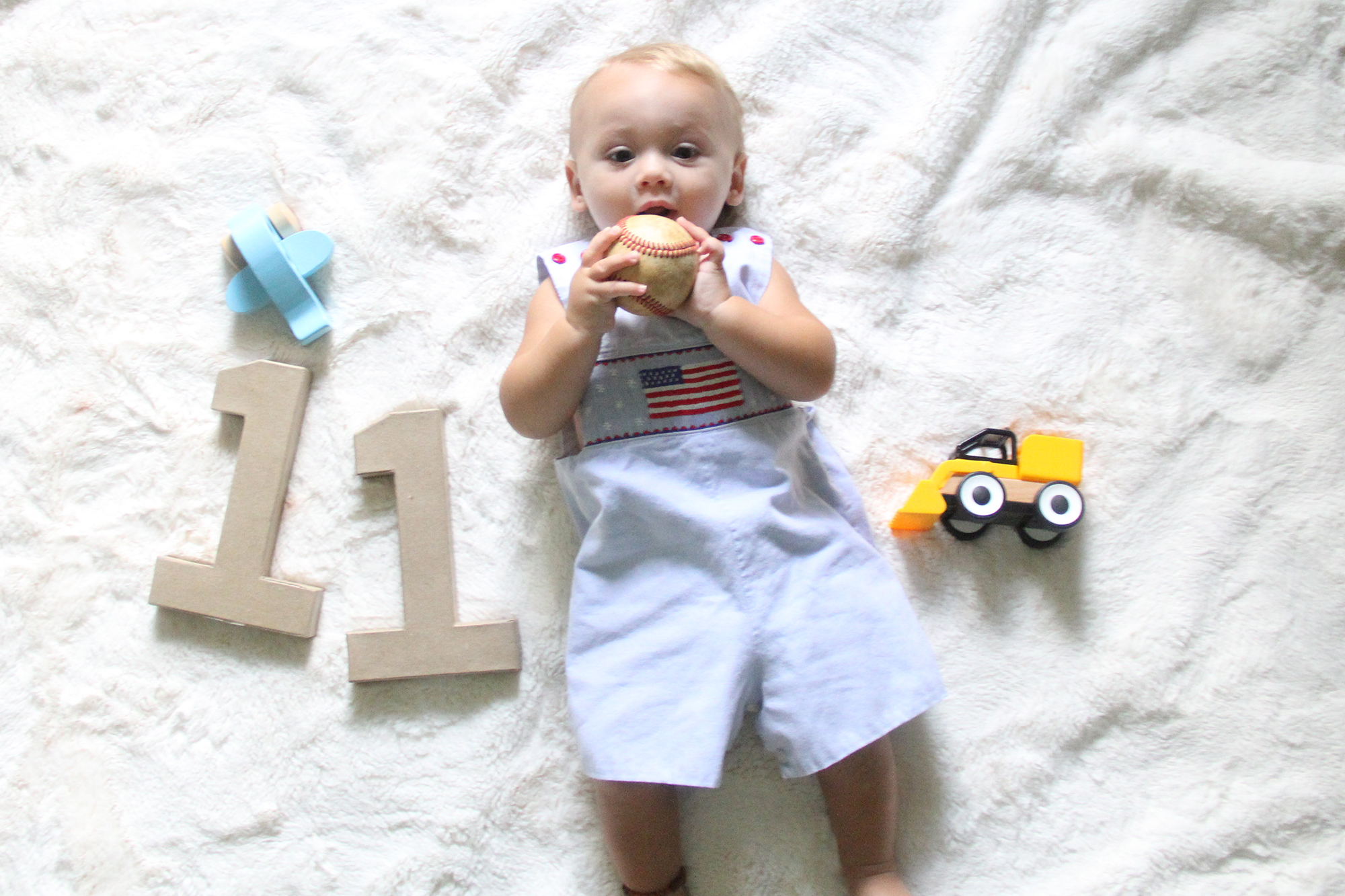 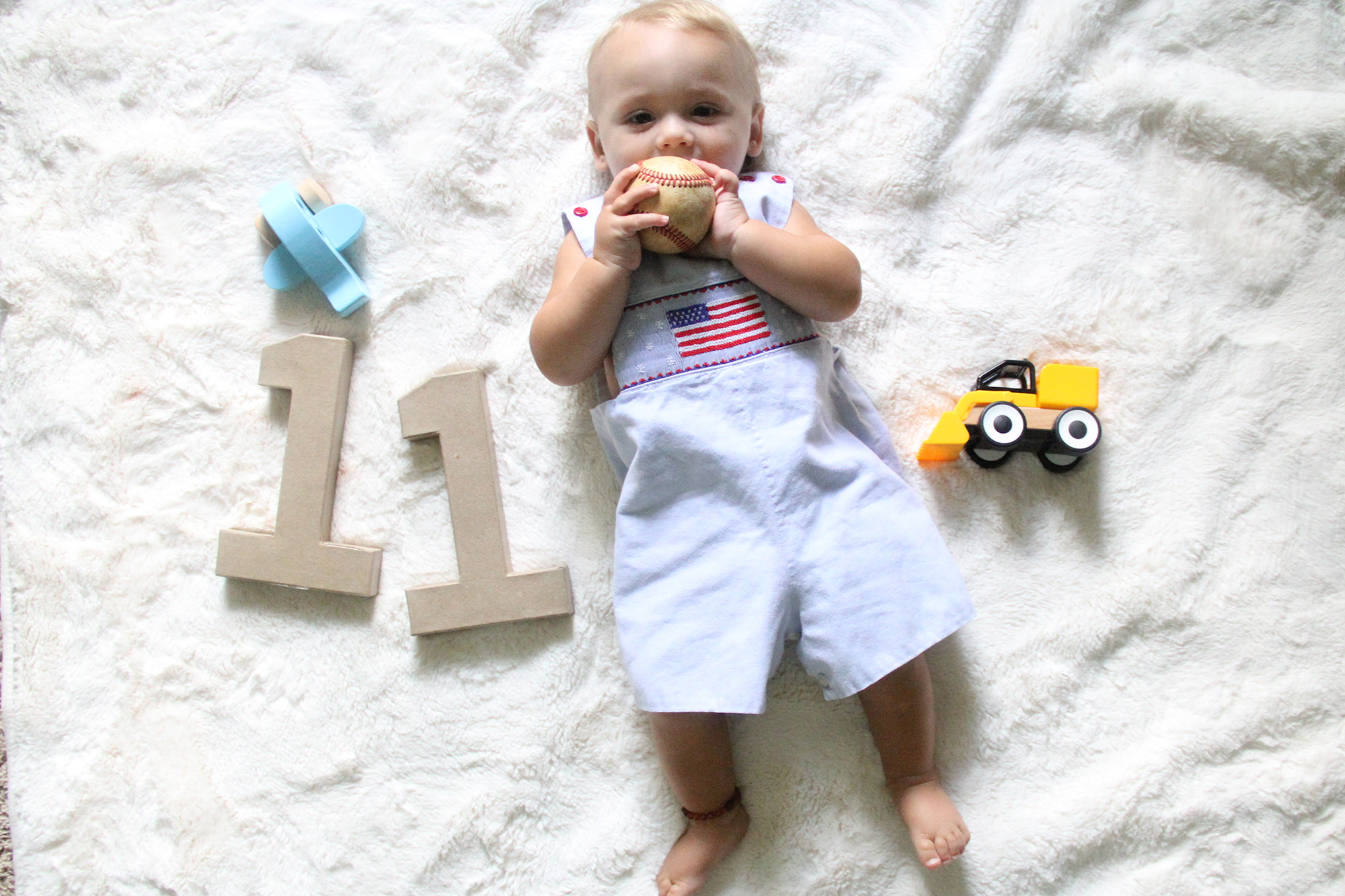 At the first of the month, he started taking more steps, but now he’s full on walking. He’s finally chosen walking as his preferred method of movement. In fact, his walking has transitioned into full on running everywhere.

He loves all food, so he’ll eat just about anything we put on his tray. He does especially love corn on the cob though. He likes to eat meals with his foot propped on the table. It’s definitely not etiquette, but it’s cute.

He is not a good sleeper. He wakes up at least twice a night. Sometimes he’ll go right back to sleep, but most of the time he cries out for mommy.

He is walking and running everywhere. This kid decided it was time to walk and decided to full on sprint. He’s all over the place!

He’s 18 pounds and wearing some 9 month clothing, but mostly 12 months.

He loves to read and his favorite books are: Peek A Who, If I Were a Monkey, and Baby Animals. Other favorite toys are a stuffed puppy, balls, and musical toys.

He like to use his mommy as a human pacifier at night and especially likes to snuggle. He’s still a mama’s boy, so he prefers me to hold him at all times.

Best times with daddy include anything outside, especially swimming and splashing in the pool.

He loves to take a bath and splash in the pool/water. He really loves music and to dance. The Moana and Trolls soundtracks are top favorites. He likes animals a lot, especially pointing to the ones painted in his bedroom.

There isn’t much he doesn’t like, except maybe bedtime or being told “no.”

He is walking/running everywhere, waving, blowing kisses, and pointing at everything.

He says mama, dada, bye-bye, thank you, fish, & more. He cut his first tooth this month! Followed quickly by 3 more, for a total of 4 teeth. And, he discovered his private parts – so there’s that. 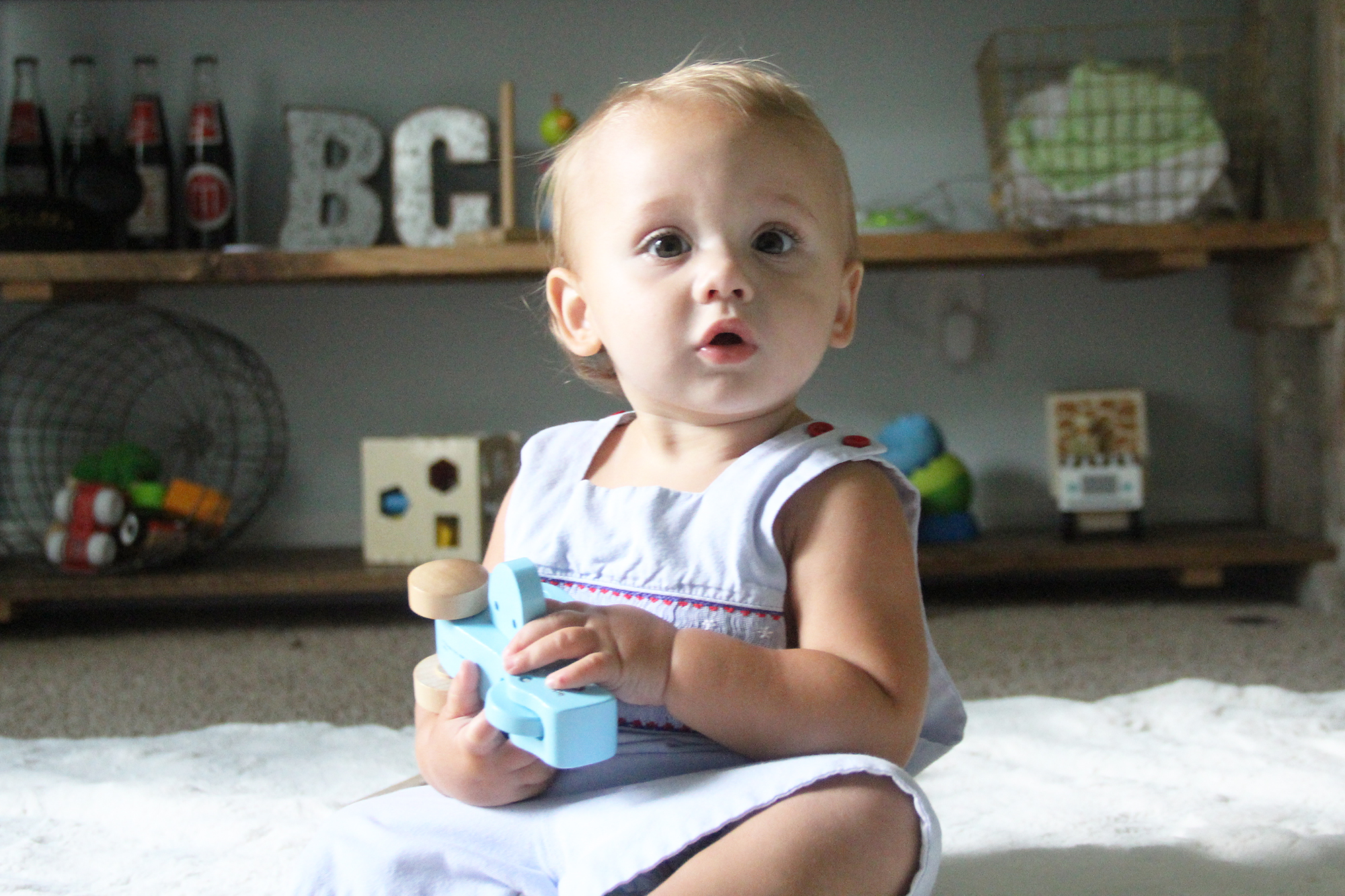