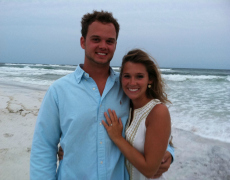 Last week, I filled you in on a list of things Justin and I are looking forward to in September. However, I realized late Friday evening that I’d left one very special day out of our list – September 1st! Now for some of you, this date is nothing other than another date – but for us, it’ll forever be a very special date. One year ago, on September 1, 2011 – I agreed to marry the love of my life, my best friend, my soul mate, the man of my dreams, my prince charming, the one I’ll grow old with, the one… my husband!

Most of you know the story of our engagement and most of the details surrounding the proposal – so, I’ll spare you the recap. (For those who don’t, you can get the scoop here.)

As I opened my eyes on Saturday morning, Justin brought a smile to my lips as he whispered, “Happy Anniversary, my Love” and kissed me. (Feel free to gag, I’m being sappy! I deserve it.) It was September 1st. The very day he asked me to marry him, only one year ago. With so much hustle and bustle, it’d slipped my mind – but, not his. For a few moments, we reminisced the day – he was nervous, I was surprised, he was anxious, I was thrilled. We were excited, blessed, and overwhelmed with emotions. He pulled off the ultimate surprise. It was perfect. 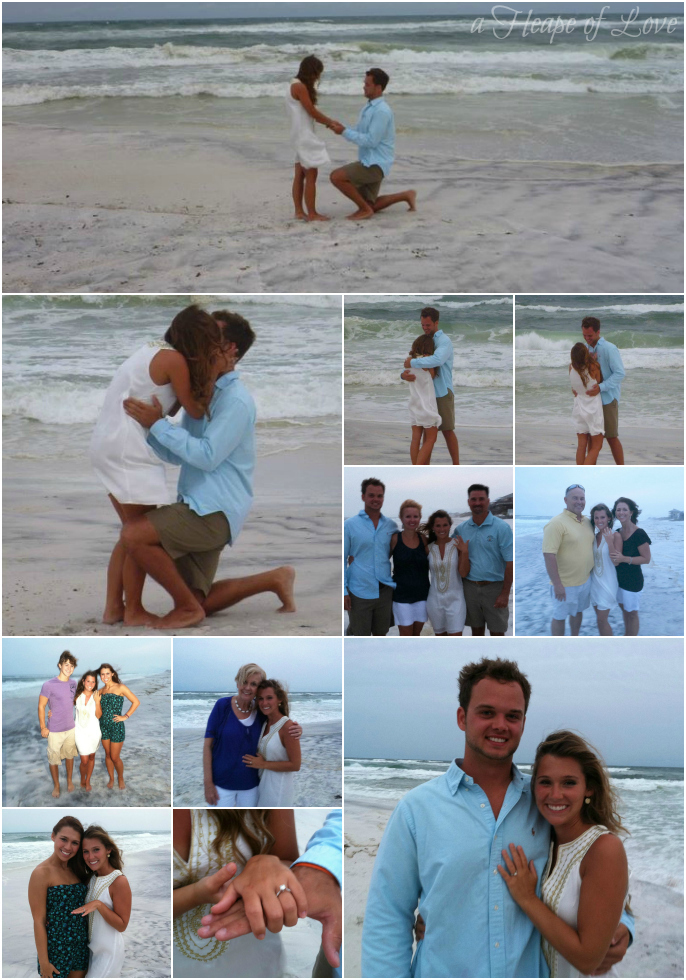 Surprisingly, the reminiscing lasted on through the weekend. Justin told me more about the details. Some things I’d heard before, some things totally new to me. He told me about my ring – how he picked it, why he picked it. He told me that once he bought it, he looked at it over 1,000 times. He just couldn’t quit looking at it. He said he was so anxious to ask me! He told me about getting my family and his family in on the surprise. He told me how nervous he was and excited all the same!

Then, the reminiscing continued as we found out two of our good friends got engaged this weekend! (Congratulations to Kelly and Wesley! We are so happy and excited for you two!)

It’s so hard to believe it’s been one whole year. So much has changed – good changes. In 8 months, we planned a wedding, accepted new jobs, I moved from Savannah, and we moved into a new place together. Now one year later as we look back on the events of the past year, neither one of us would have ever thought we’d be exactly where we are today. Together, yes – but, not here. In the grand scheme of things, it’s so amazing how little we know and how much God knows. He knows the plans He has for us. He knew Justin would propose and He knew I’d say yes. He knew we’d tie the knot on May 5, 2012. And he knows what our future together holds.

“For I know the plans I have for you,” declares the Lord, “plans to prosper you and not to harm you, plans to give you hope and a future.” Jeremiah 29:11

Now as I conclude this sappy, Heape of love post, I must ask… has anyone else been swarmed by love-bugs? Not the lovey-dovey feeling, literally love-bugs. In the last couple of days, I’ve notice a sudden increase in the love-bug population! If by some odd chance I’m the only one, then they must have some weird, uncanny, obsession with my car, my hair, and my knees. Every time I turn around, there are tons of them!

happy 1 year anniversary to us,
the newlyweds