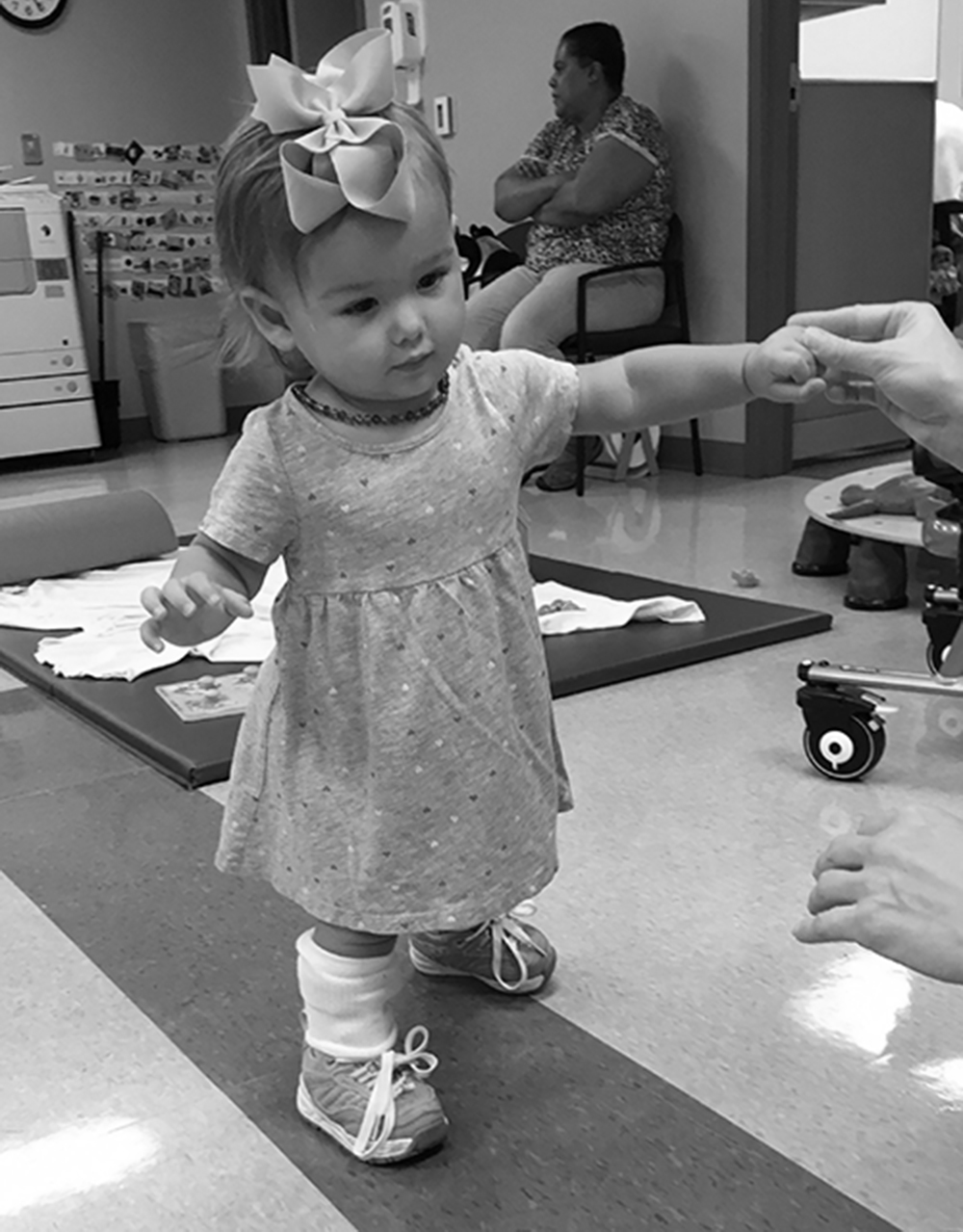 In moments of darkness, He is my light…

Since my last beautiful feet update, Joy Belle has transformed into a beautiful, extremely active toddler. It seems like time is literally flying by and I can’t get enough of our sweet girl.

A lot has happened over the last six months. We’re still in the shoes and bar phase, 1 year down. After about six months in her first pair of corrective shoes, she got a new pair. Since then, she’s decided that she loves her shoes. She doesn’t want me to take them off of her in the mornings and rarely puts up a fight when I’m lacing them up at night. To keep her distracted while putting the shoes on, it’s our routine to snuggle up on the couch, tune into Mickey Mouse Clubhouse, lather up her wrinkled feet with essential oils, and lace up those baby shoes. She’s such a little trooper! Like I said, it’s rare (as in only when she’s extremely sleepy!) that she doesn’t sit contently.

We’ve met with our surgeon (Dr. B) in April, August, and just last week. It’s nice not to have appointments every single week in Atlanta, but even still, I’ve come to dread them. Back in April, I mentioned her progress and all seemed well. However, after her appointment in August, I was extremely discouraged. Not only did progress seem behind, Dr. B didn’t give us a good report and mentioned a possible surgery in the future. Honestly, that one discouraging report is probably why I haven’t been so eager to document her journey lately.

For weeks, literally, I walked in darkness. Scared, worried, discouraged, and seemingly hopeless, wondering why, God? Why, when things start to seem normal, do You not keep your promises? My heart was filled with doubt and fear.

My church hosts a conferenced called ReFresh® each year and the week prior, we prepare for revival by praying. As I walked into the sanctuary on Tuesday, September 8th to pray for my church, the city of Albany, and those around me that are lost, the Lord wrapped His arms around me and reminded me that He always keeps His promises.

After weeks of letting Satan get the best of me, I walked out of that sanctuary knowing that no matter what the doctor said or may say in the future, my God is bigger and He is the Ultimate Physician and He is a Promise Keeper. And just like that, my faith was restored.

Fast forward to our October appointment, we received a wonderful progress report! Not only has Joy Belle’s feet shown tremendous improvement, but her developmental skills (i.e. walking) are right on track. Our doctor actually said, “I never imagined her feet could progress this much since August.” If only he knew how many people were and are still praying for my girl? 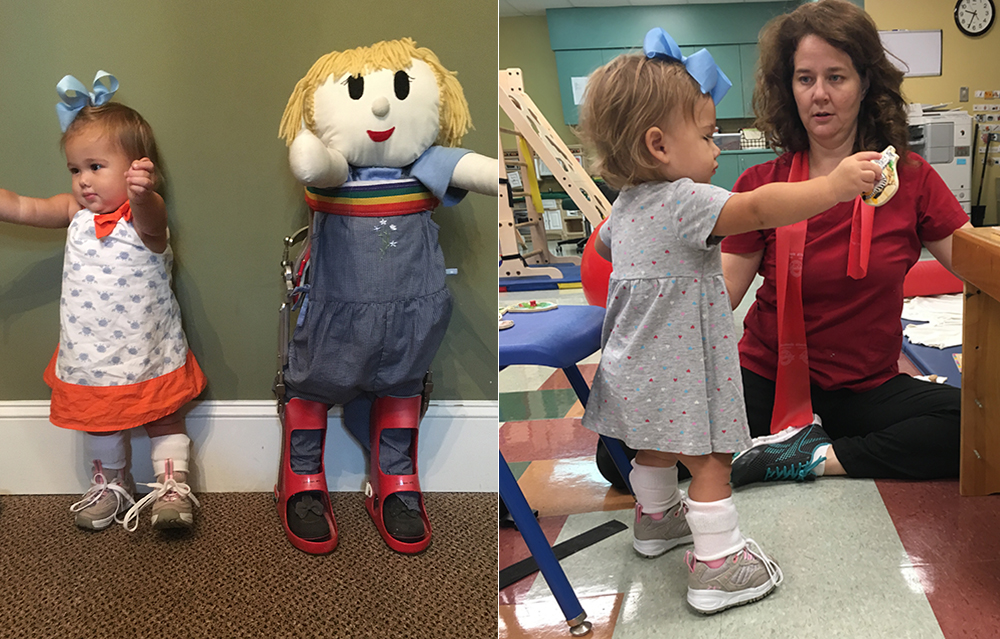 In between August and October, we began an aggressive, physical therapy treatment plan. She has two physical therapy sessions each week and she’s begun to wear ankle-foot orthotics (AFOs) during the day, in addition to wearing her shoes and bar at night.

Since then, we’ve seen our girl take her very first steps! A feat I spent so many nights dreaming about, wondering if or when that day would come. We’ve sent up a whole lot of praise for those few steps. Words can’t express how grateful we are for His faithfulness. Although Joy Belle isn’t walking yet, it’s only a matter of time before she’s running – I have no doubt. 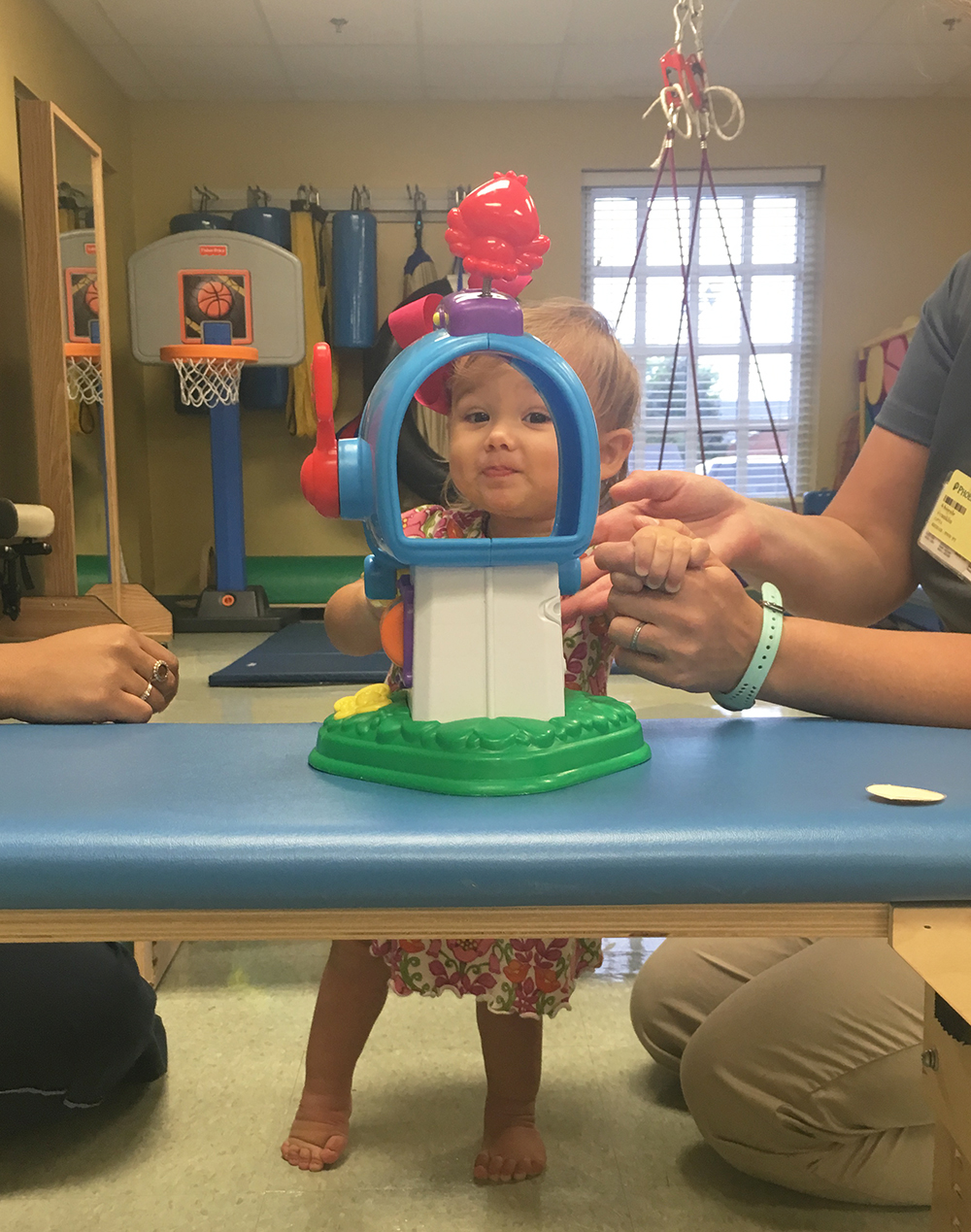 I’ve read both passages of scripture a dozen times, but I’d never thought much about why He first compared Abraham’s descendants to the dust of the earth (or sand) and then the stars. But often, when we’re discouraged and doubting and our faith is the weakest, we’re looking down – down where the dust of the earth and the sand is, beneath our feet. But when our faith is strong and our eyes are on Him, we’re looking up to the Heavens – a sky filled with too many stars to count. So whether you’re looking down or looking up – His promises are there! It was just one of those days, when the scripture reminded me that my God is a God who keeps promises. He is faithful and I’m so thankful to know that, even if I need reminding on my darkest days.